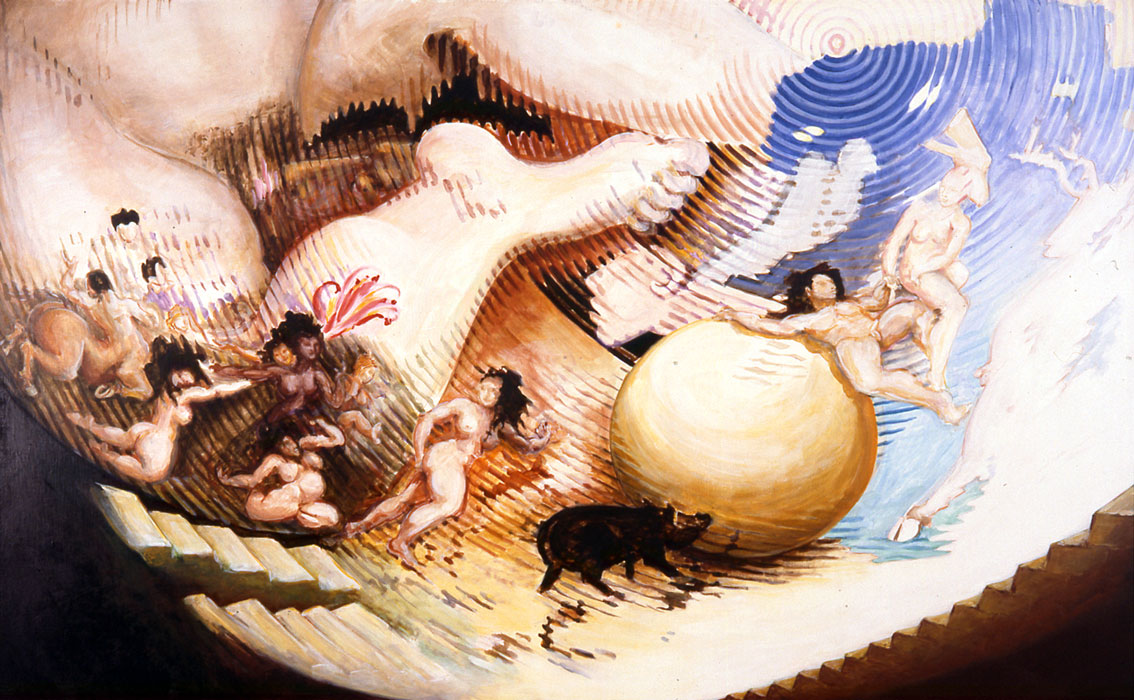 Visions of the Earth

Seen from space, the Earth is only a point. In 1969, the Apollo space mission brought back a photograph of Earth taken by astronauts when they awoke. From this photograph, Jacquet will draw his First Breakfast in 1972, from which he created, between 1978 and 1988, an abundant series of works, all derived from this unique image. Jacquet appropriates the entire globe as the focal point of his work.

The First Breakfast is gradually distorted to reveal the artist’s “Visions”. The painter takes up the brush he had abandoned since his “Camouflages” to reveal the figures camouflaged under the cloudy surface. He shows the images of his unconscious which inhabit his gaze and populate his “Lands”.

Jacquet exposes his fantasies and his fixed ideas and works to make us showy. The screen, the camouflage – always visible in the artist’s creation – make the work difficult to read and force the viewer to an active decryption; in seeking to see the images that haunt Jacquet, the spectator finds himself confronted with his own fantasies, with his own “visions”. Jacquet blurs the images and the unconscious.