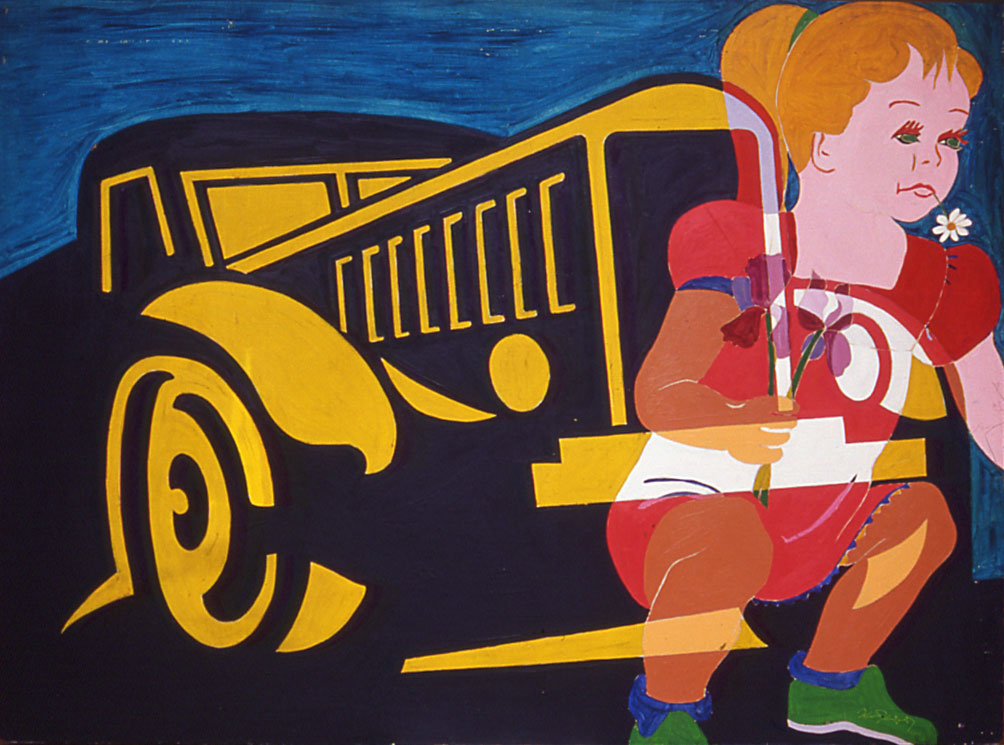 ” In New York in 1964, within the art scene, there was constant back-and-forth and intervention between studios: with Roy Lichtenstein, with Andy Warhol. At the time, they weren’t the stars they later became. Lichtenstein and I exchanged very rapid-fire retorts. When I realized that he had taken a Picasso in order to transform it, I appropriated his work to camouflage it in turn: camouflaging a Lichtenstein as a Picasso“

Alain Jacquet’s work around the images of Epinal logically gives birth to research on camouflage. Things went like this: “Little by little the images became sharper, then they mixed up, camouflaged one inside the other like the passion of chameleons; it was getting too complex. ”* From juxtaposition comes superposition.

In Jacquet’s “Camouflages”, abstract forms cover the famous outline of a Matisse or a Michelangelo: the image becomes ambiguous, indeterminate. It splits, disguises itself, between abstract forms and identifiable figures.

Jacquet plays with the image and has fun, with obvious humor, to transform it, to divert it. As Pop Art wants, it mixes popular and familiar images and borrowings from classical art. The overlays, the play on words and homonymy conceal – and reveal – Jacquet’s gaze, sometimes critical, often very funny.